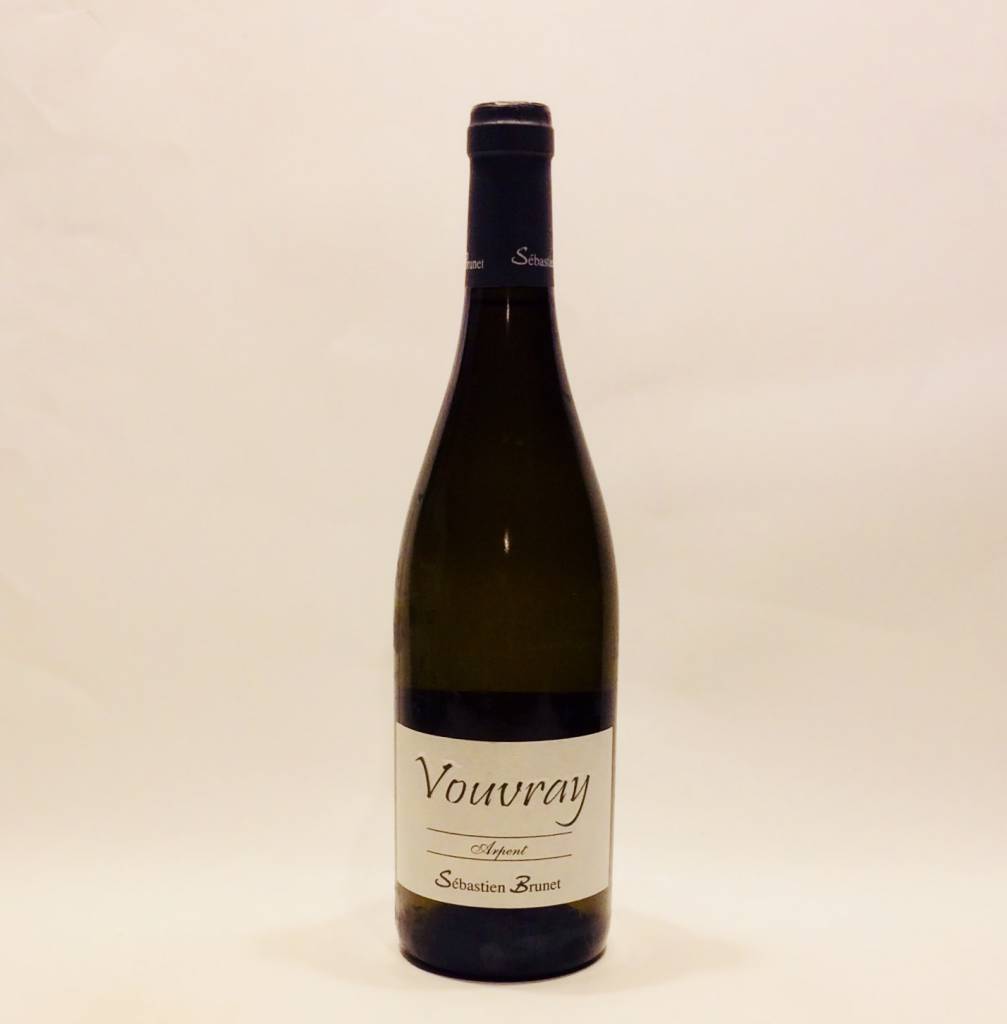 This light 100% Chenin Blanc from the Loire Valley is minerally, slightly chalky, and very refreshing. Great wine to sip, but pairs nicely with poultry, burgers, and vegetable dishes.

Sébastien, already well-acquainted with the ways of the vine, completed a degree in oenology and worked alongside his father for six years before taking over the vieyards. In 2006, upon assuming the reins of the Domaine from Michel, Sébastien renamed his family’s vineyard “Domaine Sébastien Brunet,” and began a new era on the estate. Since then, he has practiced organic farming on his fifteen hectares of Chenin Blanc vines, using only natural vine and soil treatments on his sometimes pebbly and often silex-rich tuffeau and clay soils. Yields are kept low, averaging about 40 hL/ha for the still whites and 50 hL/ha for sparkling whites. The vines on the estate are, on average, 45 years old, and grapes are hand-harvested selectively, and fermented without the addition of industrial yeast, with no chaptalization, and with low amounts of sulfur. The cellar, too, reflects this organically-centric approach to wine and has been carved into limestone. But the biggest telling sign of Sébastien’s ingenuity in the cellar and the vineyard is, of course, his finished product: refreshing both for the palate and for the discouraged Chenin Blanc enthusiastGrown in silex-rich clay soil on 30 year old vines, Chenin Blanc grapes are hand-harvested selectively, and moved to temperature-controlled steel vats where fermentation begins with only indigenous yeasts. Aged in stainless steel.