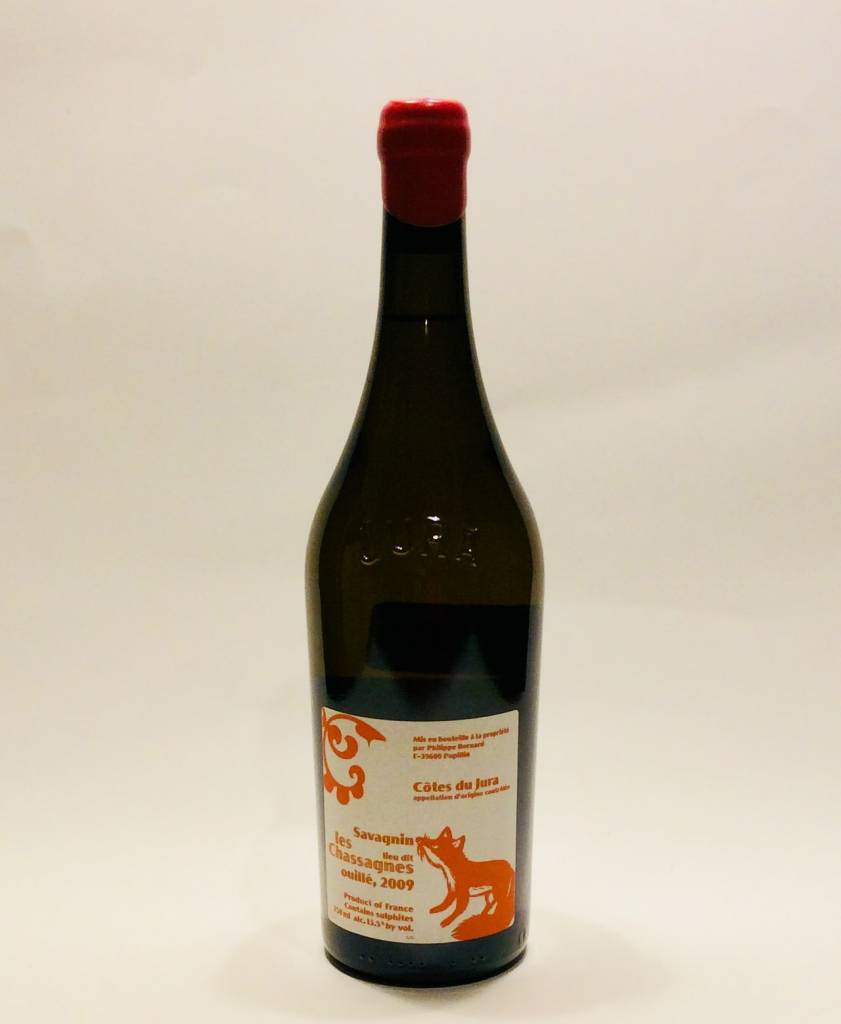 A white wine from Jura, France made from Savagnin. 100% Savagnin, OuilléFrom soils of mostly limestone with some marl and clay, these Savagnin vines are from the parcel called ‘Les Chassagnes.’ Grapes are handpicked and pressed, then left to settle for a