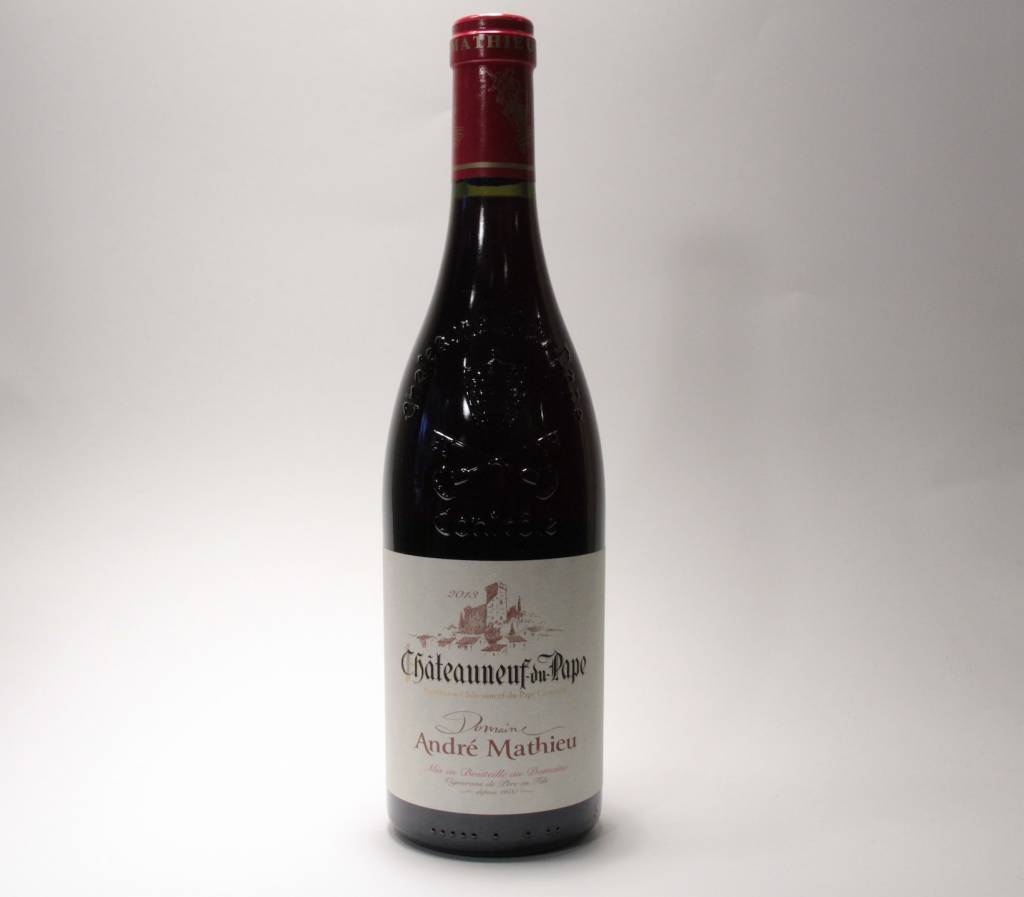 Red wine from the Southern Rhône in France. It is made from mostly Grenache. It is pure and sleek with a delicious plum and raspberry fruit core.

Red wine from the Southern Rhône in France. It is made from mostly Grenache but it is completed by the 12 other grapes authorized in the appellation. It is pure and sleek with a delicious plum and raspberry fruit core. It is textured and nicely concentrated.

Domaine Mathieu has been family-run since the seventeenth century.

In fact, until 1980, a concrete tank could be found in the family’s kitchen, and every harvest season the kitchen had to be vacated to facilitate the production.

Vineyards are planted in 60 different parcels, and, when asked if this is a lot to handle, André simply responds, “Although I have to reflect on it strenuously, I never forget even one of my vineyards.

At harvest time, the workers only have to follow my footsteps.

Together, the duo has updated the production, investing in new cellars and tanks, as well as recoating the insides of the existing tanks with epoxy.

Theirs is a traditional winemaking mantra, learned from the generations before, and they utilize all thirteen grapes authorized by the AOC.

They prefer a truly spontaneous fermentation, so temperatures are not regulated.

Their foudres vary in age, up to 100 years, imparting varying degrees of oak on their cuvées.

André Mathieu insists that they want minimum oxygenation during fermentation and no taste of oak: their 100-year old foudres have helped immensely in this goal.

These wines are ripe, powerful, and sumptuous.