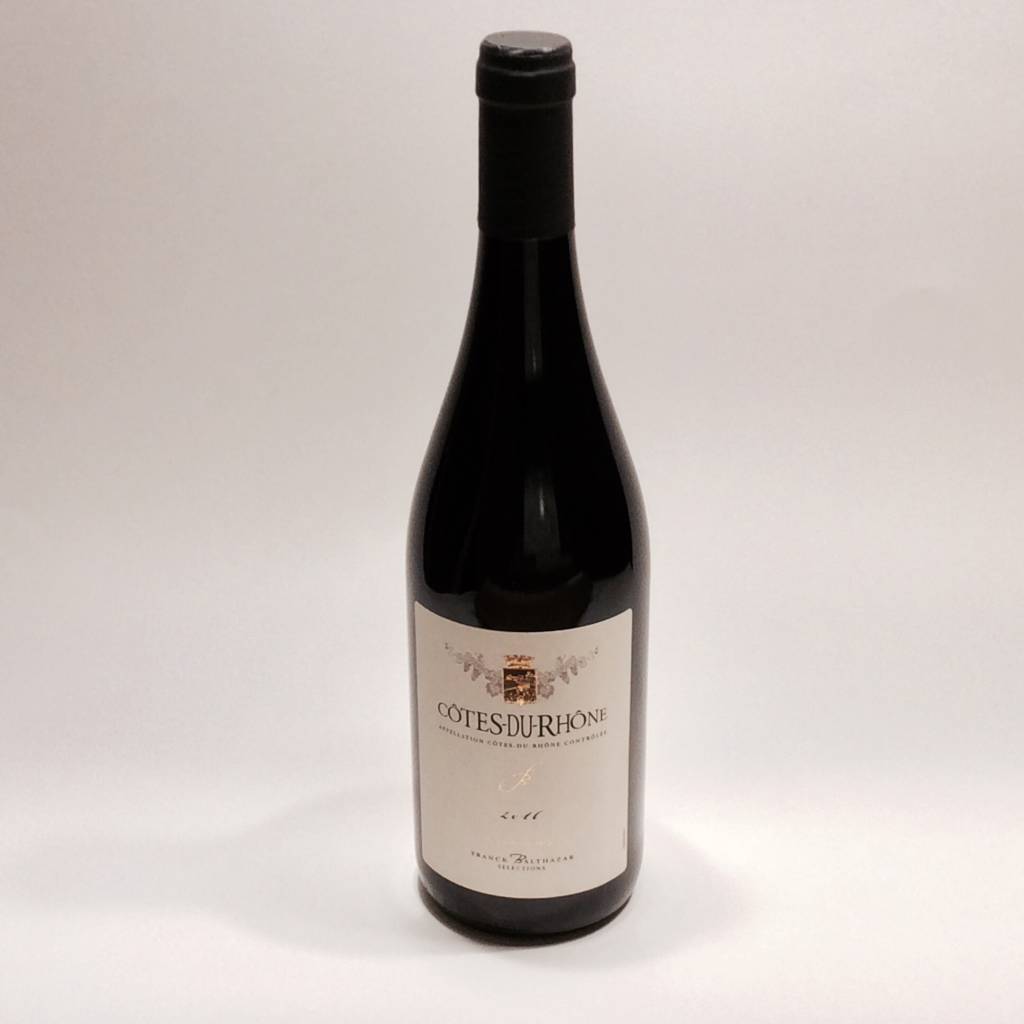 A red wine from the Rhone Valley made from equal parts Syrah and Grenache.

The Balthazar domaine dates back to 1931, when it was founded by Franck’s grandfather Casimir. His father, René, took charge in 1950 and started domaine bottling on a small scale in the 1970s. All the while he continued to sell most of his wine in cask—as Casimir and so many others of his generation had done—to the local cafés. Franck now bottles all of his tiny production, made by methods that have changed little from those of his grandfather. The domaine’s vineyards are planted exclusively with Petite Syrah, the ancient local clone whose small, olive-shaped berries produce a wine of greater aromatic complexity than modern clones.

Balthazar is still dedicated to the traditional ways of his predecessors and respect for land they bequeathed him, he even still plows his holdings with a horse. His approach in the cellar is just as “old school.” His time-honored regime includes whole cluster, native yeast fermentation in concrete vats; manual cap punching; and aging in old, neutral demi-muid barrels before bottling without fining or filtration.

The aging in these larger demi-muid rather than the smaller pièce is fundamental to the Franck’s philosophy of producing wines with the most classic, honest, expressions of Syrah and the Cornas region, rather than the far less singular luxury of fine oak.