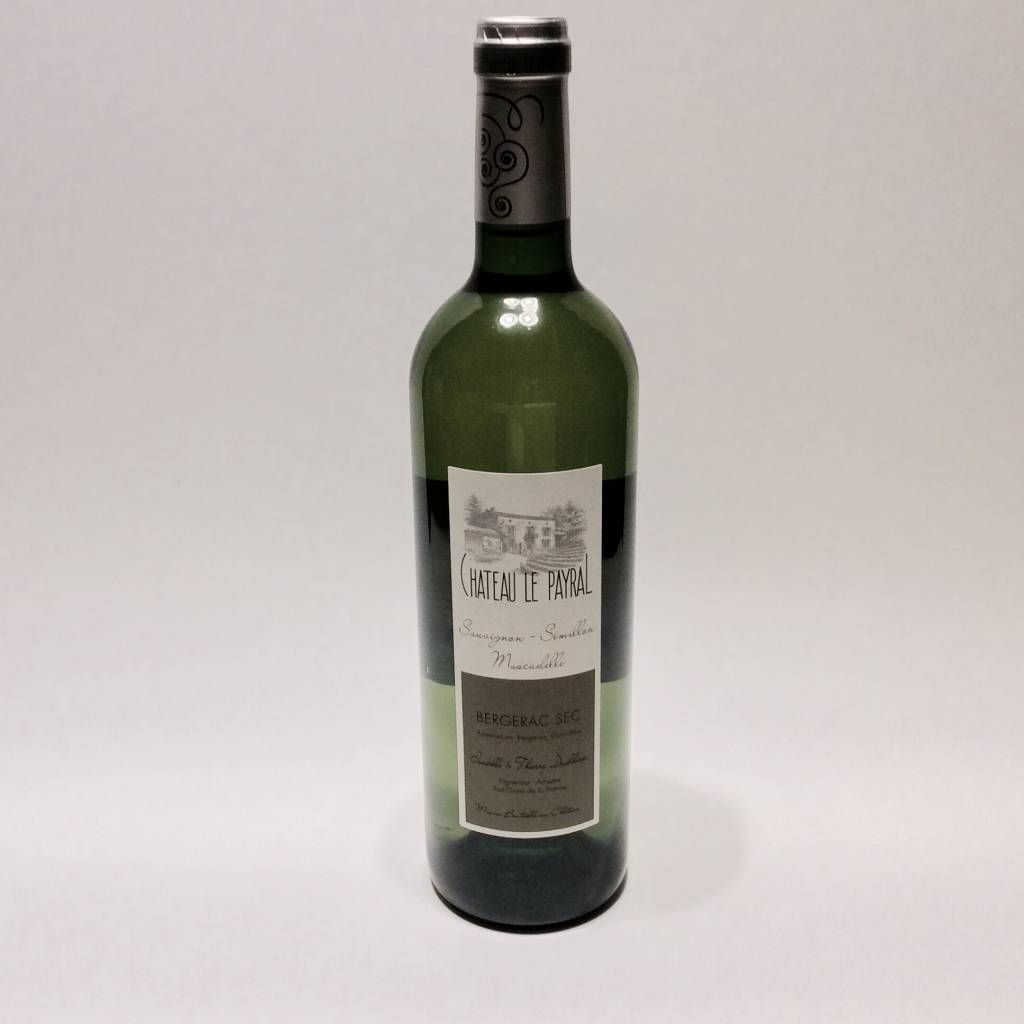 The blend is made from 50% Sauvignon Blanc, 30% Sémillon, 25% Muscadelle. Grapes are hand-harvested and sorted before undergoing an eighteen-hour maceration.

The blend is made of 50% Sauvignon Blanc, 30% Sémillon, 25% Muscadelle. Grapes are hand-harvested and sorted before undergoing an eighteen-hour maceration. They are then gently pressed into a steel tank where selected yeasts begin fermentation. Under temperature control, the lees are removed and are allowed to oxygenate for one to three weeks, after which they are reincorporated.

Since 1992, Thierry and Isabelle Daulhiac have had the run of the nineteenth century manor house and the surrounding fifteen hillside hectares of vineyards, when it was handed down to them from the previous two generations. They are nestled between two oft-foggy appellations of Montbazillac and Sainte-Foy, in the town of Razac de Saussignac, with vines facing the Dordogne, about two kilometers to the north. When they took over in 1992, traditional farming methods were common, but the duo have slowly converted to organic (near biodynamic) practices in the vineyards. They cultivate eight hectares of white grapes (Sémillon, Muscadelle and Sauvignon Blanc) and seven of red (Merlot with Cabernet Franc and Cabernet Sauvignon). The pebbled, muddy soils, heavy with clay, silt and sand, have benefited from the newer organic methods. The cellar sees a combination of traditional and innovative practices. They incorporate some modern techniques to present more elegant and pure-fruited wine, and age wines in a combination of oak and steel. A bright future lies ahead as they see the benefits of their natural ways affecting their plots. Perhaps the ideas will flow as easily into the wine making, ready to pass along to the next inhabitants of the elder estate.